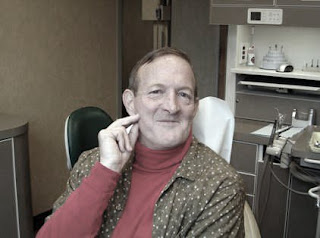 Doug Manion died last Thursday or Friday. I am told his death was a suicide. He was a devout Tacoland regular, never paying a cover but earning admission by helping load in band equipment or picking up empties for Ram (to my observation, there was a mutual respect between the two). Numerous times he would greet me at the garage door facing Elmira St. and ask if he could help because he didn’t have cash for the cover, I would of course say yes and he would keep schlepping until the entire band had loaded in.

Often armed with a disposable flash camera, he must have accumulated a wonderful snap shot history of Tacoland and other San Antonio music venues. If that pile of photos could be located and catalogued, it would be a fitting legacy for Doug. His father was some sort of good ol’ boy City and County politico. I remember when I was a kid, there were always “Re-Elect Judge Manion” signs around town. Always.

His childhood and teenage years observing the actions of his dad and his dad’s friends left him with an insider’s history of San Antonio from the fifties through the seventies, mainly the tenure of the Good Government League. He admitted to a several year involvement with methamphetamine that, among other things, wrecked his teeth. That fascination with speed gave way to Lone Star tallboys and Advil. Doug had resolved a years long dispute with his brother over access to a trust fund set up by their parents for Doug. He lived in Baja King William in a house on Wickes provided to him through that trust. I really think his life had become a little less difficult, at least with regard to food and shelter.

I last talked to him at Sam’s Burger Joint, maybe the night of the Ram Jam or perhaps when the Dinners opened for Davie Allen. He was in his usual upbeat demeanor, looked healthy and was complaining about his new dentures. In other words, same old shit.

Some may have considered him a bum or a drunk, but my opinion is that he was a good guy. I always enjoyed visiting with him; I would often pick up a new tidbit of information about music or from the San Antonio of my youth. I’m going to miss his gravely-voiced, quick speaking, hands in motion way of communicating. Again, he was a good guy.


Kethan Beschorner, 29, a suspect in the July 4th murder of Michelle LeGue, was arrested today and charged with murder.

He told police that he chose LaGue because people might connect her death to another man she was going to testify against in the 2005 Taco Land slayings.

Beschorner is being held in the Bexar County Jail on $100,000 bond.

He also told police that he recently became a believer in Jesus Christ after worshiping Satan.

If this Express News link works, there's more over there...

That is just totally wrong and freaking weird...

Rest in Peace Michelle and say hi to Ram from all his family and friends in San Antonio - I know there's a Taco Land in Heaven!
Posted by HMK at 9:22 AM No comments: